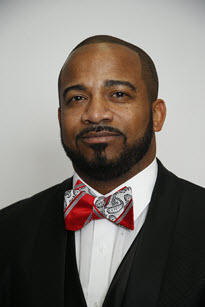 Ministry and education have always been at the forefront. Dr. Charvez Russell attended both East Marion (9th-11th grades) and Meridian High (11th-12th grades) schools where he received his high school diploma. After graduating from Mississippi College in Clinton, MS, with a B.S. in Biology, he started his professional career in Canton, MS as a teacher teaching Pre-Algebra and Algebra I in a high school alternative setting. After staying there for one year he decided to explore opportunities and moved to Minnesota in 2002. Upon arrival he continued to teach math in addition to science to middle school students in the Minneapolis Public Schools at City View Community School.

While teaching for three years he decided to go after his passion for business and decided to go back to school and get his MBA from the University of Phoenix. Upon graduation he joined Avis Budget Group’s leadership team at their Minneapolis/St. Paul location where he remained for 8 ½ years. During this time he obtained his Doctorate of Management in Organizational Leadership also from the University of Phoenix. He returned to education in 2014 and is currently the Executive Director for Friendship Academy of the Arts. A K-8 charter school that has expanded to two campuses in South Minneapolis and services 350 scholars from across the Twin Cities. FAA services predominantly students of color and has earned designations such as Reward School by the MN Department of Education and a National Blue Ribbon school by the U.S. Department of Education.

Rev. Dr. Charvez Russell was born to a musical and preaching family where he discovered his gift of singing at the age of 10.  His grandfather was a part of the quartet group, The Morning Stars, and His father, 3 uncles, and other family and community members then created the Sons of the Stars who recorded two studio records in the 1980’s and became one of the top quartet groups in Mississippi.  It is from this group that the family group, The Russell’s, was created as a result of the death of his grandfather, Rev. W.L. Russell, in 1997 which involved himself,  his father (Pastor Billy G Russell), four uncles and cousin Kensley.  They completed their first studio and live recordings in 1997 named “See You on the Other Side”.  After signing with Malaco Gospel Music they released their second studio recording, “Faith” where Charvez gained a lot of recording and ministering experience.  Charvez immediately got involved with the choirs in Minneapolis at Greater Friendship MBC where he was a part of two studio recordings in 2006 “Faithful & True” and 2010 “Free In Me”.  He also was involved in various gospel groups and projects throughout the Twin Cities included Excelsior.  In 2012 he became the Minnesota State Baptist Minister of Music where they recently completed their live recording, “We Are Better Together” where 20 churches came together.  In the summer of 2019, he worked with the MSBC Youth Department to produce a live recording with 150 youth from MSBC churches. The project was release February of 2020 and climbed to #6 on the Gospel Billboard charts during its first week.

He began preaching himself in 2009 and continues to spread the Gospel however he can. Rev. Dr. Charvez Russell believes that to live the life God has called for requires us to intentionally be better. This is done through strengthening our mind, body, soul, and spirit giving God a vessel where His blessings can flow.